Motors and drive system taken from two battery powered drills that each cost 15€.

Radio controlled with some assist sensors in case connection breaks

Sensors / input devices: Not sure yet 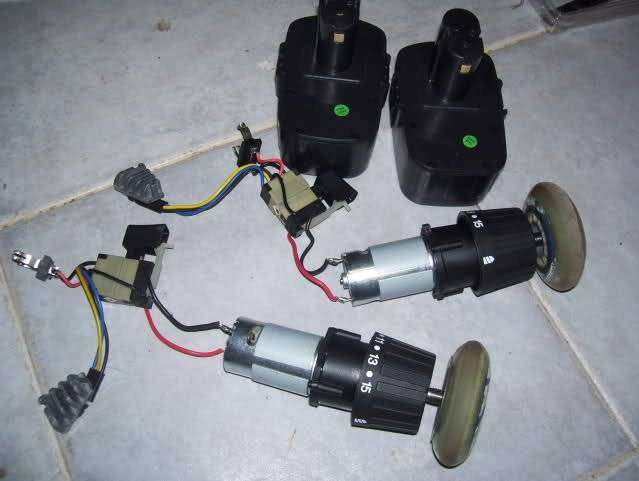 They have TONNES of torque, and aren’t let down by speed either, gonna need PWM to keep a safe speed, can’t wait to drive this thing around!

They also have a friction clutch, so I can set it so that if the motors stall because of something it won’t ruin the gears and drain the battery!

Having my custom steel hubs machined, right now the wheels are on by using some fine improvisation. Strong enough to test, but not strong enough for me to trust them there for a long time.

Sketch up picture of chassis: 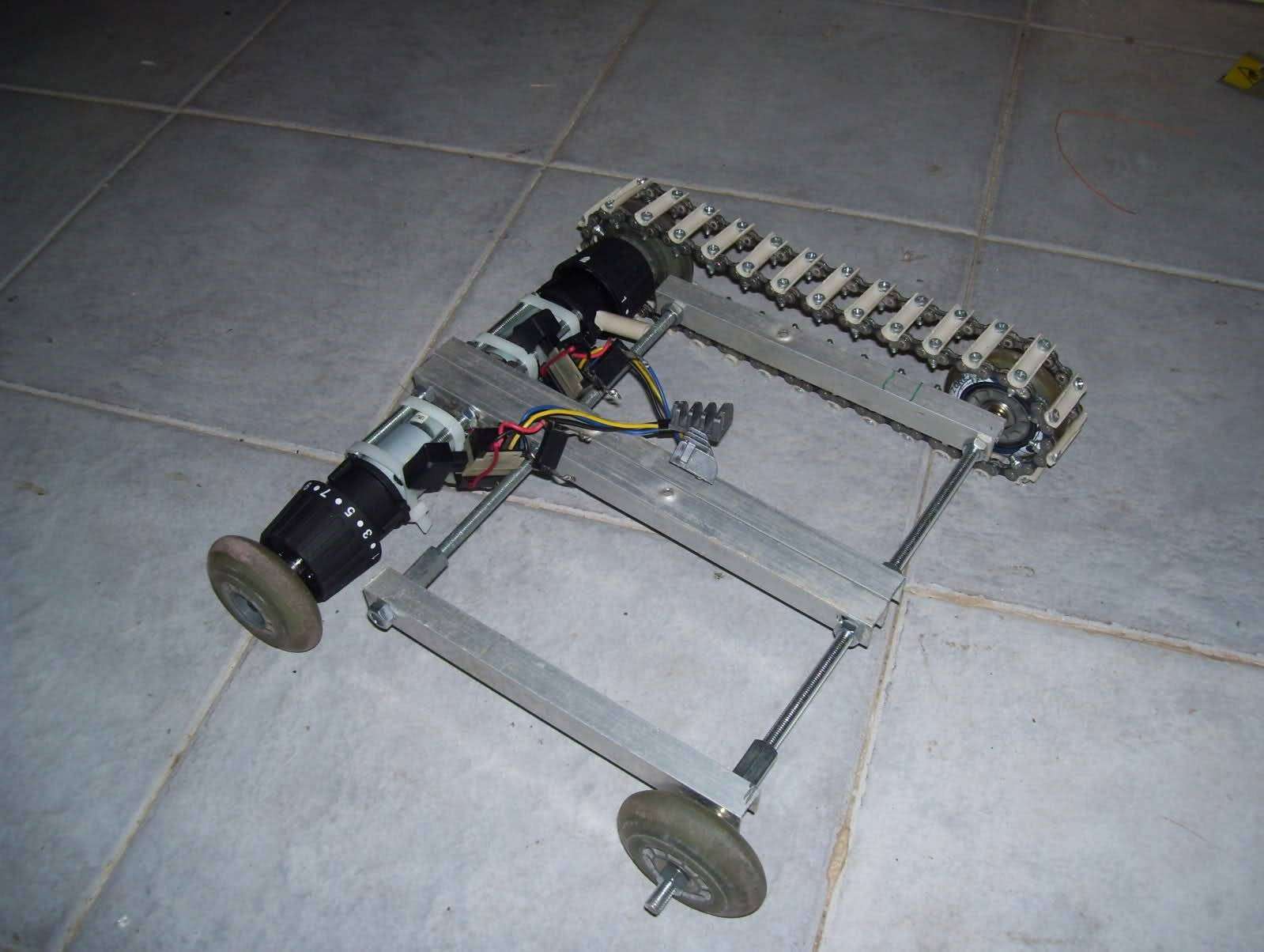 UPDATE: The other track is finished 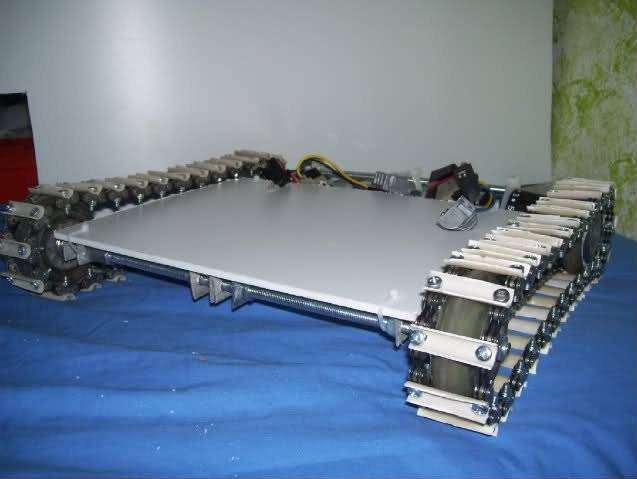 Managed to remove the friction clutches, meaning I can now mount the motors properly, but unfortunately I have to remake the chassis.

So instead of keeping the same chassis style I’m going for something more like this: 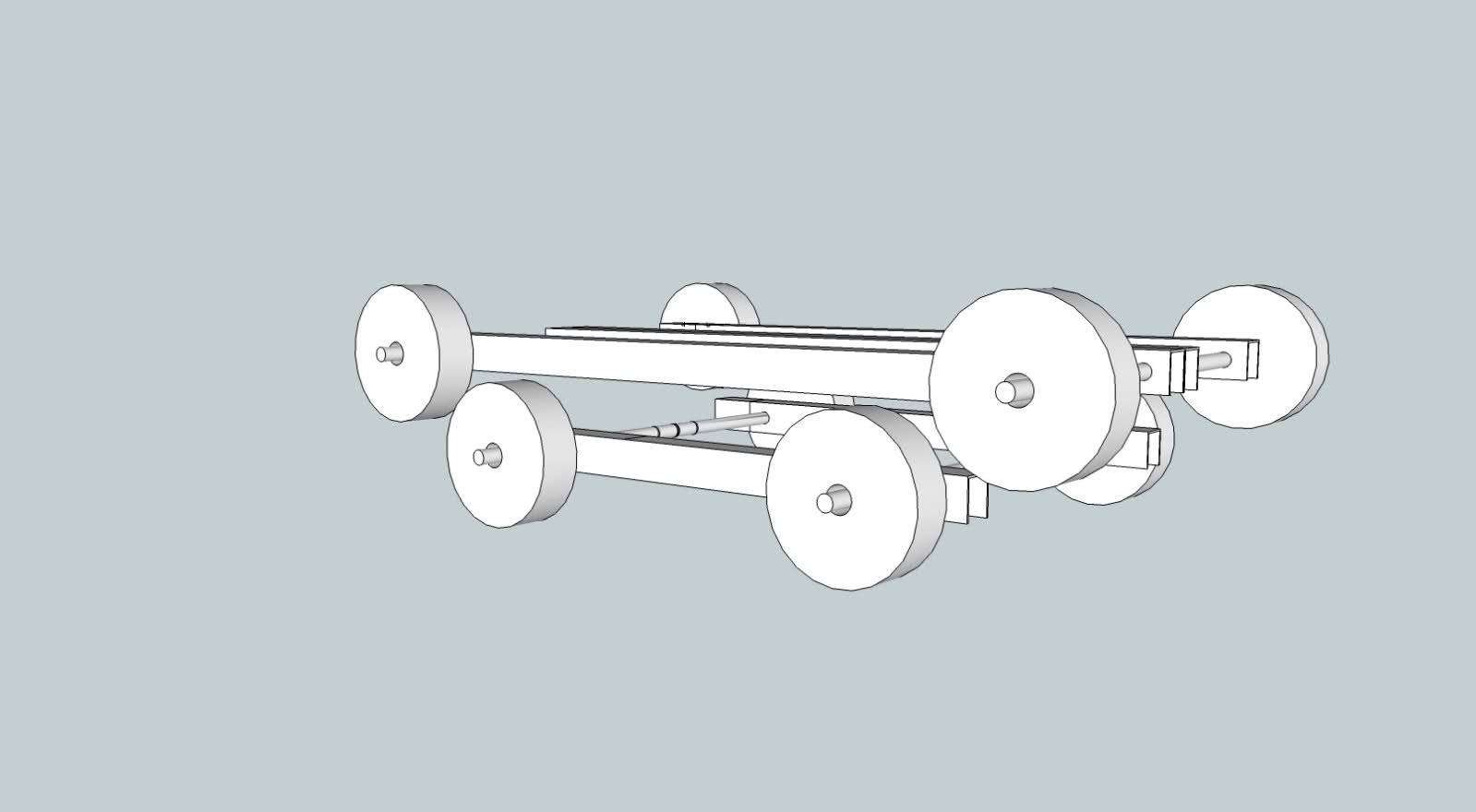 I ended up only raising the front of the chassis as raising both would make it too short and prone to tipping over. 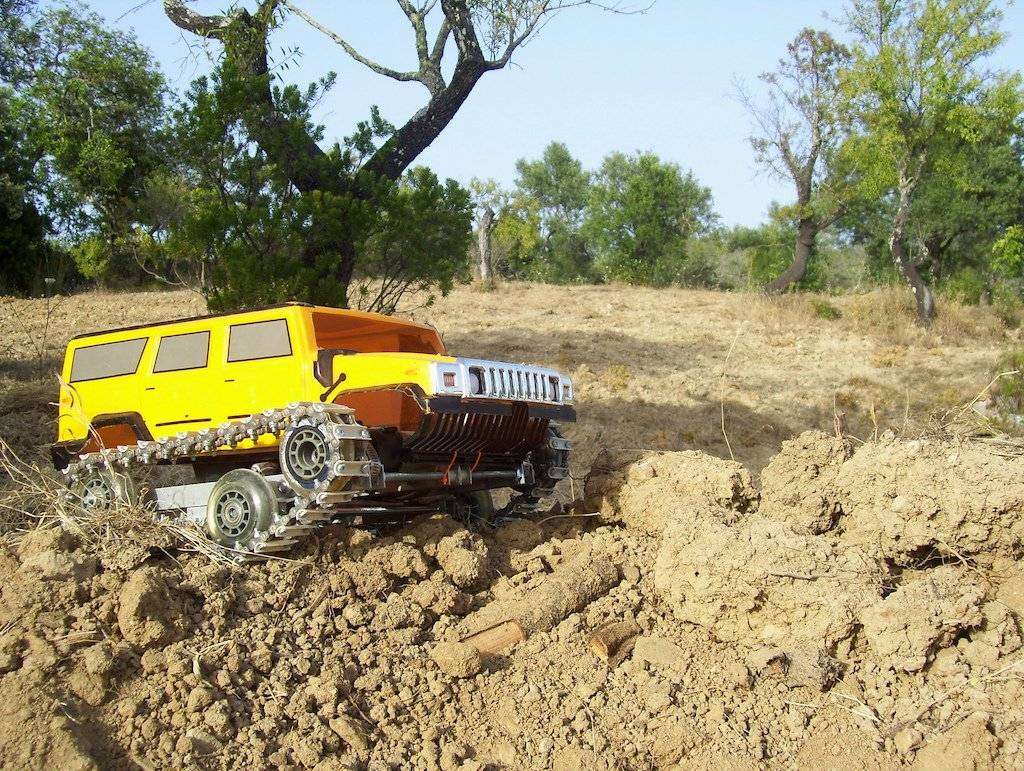 The cover was only temporary, in the end I ended up making a metal cover and putting some stickers on it. 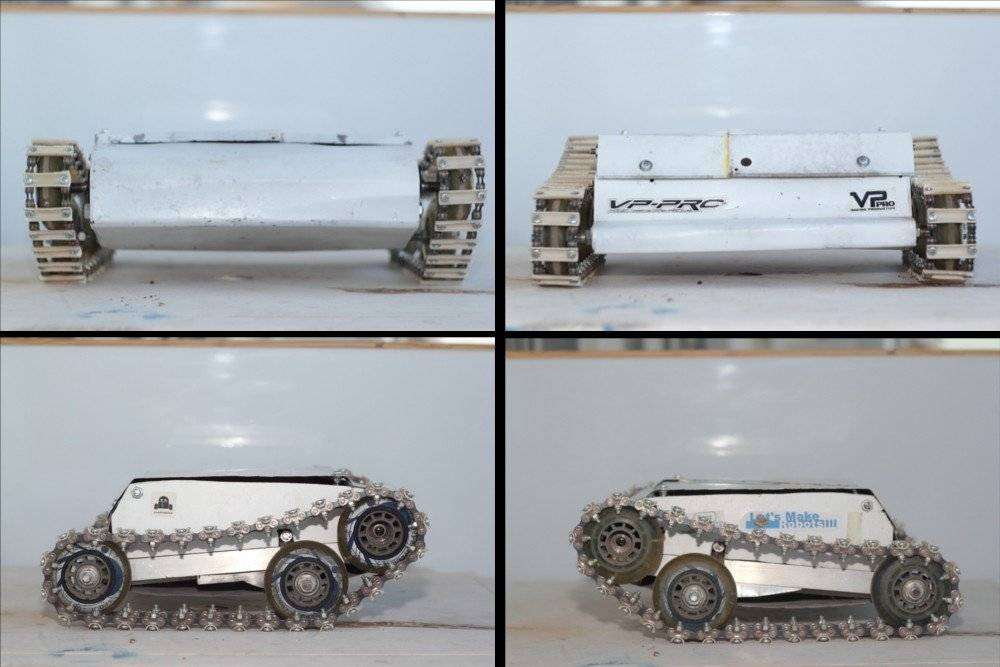